Cramp – from the World Cup to Wimbledon…. but why me?

After only 42 miles of a cycling sportive, the Virgin Cyclone, last Saturday in Northumberland, it hit me! A severe pain in my right hamstring, I looked down expecting to see that another cyclist, with the sleight of hand of that of a world renowned illusionist, had fitted a vice around my thigh…. but no…. I had cramp ……and it was agony!!!

Amusingly, I had already half written this blog on “cramp” or as it’s known within sports medicine circles,“EAMC” (Exercise Associated Muscle Cramping). The high number of professional footballers currently applying their trade on the premier stage of the FIFA World Cup in Brasil being felled with cramp triggered my thoughts to write this blog.
Cramp can be recognised by acute pain, stiffness, knotting or even a visible bulging of a muscle with soreness that can remain for a number of days. It isn’t however unusual that once initial symptoms ease the athlete can continue to participate with little if any effect upon performance.

EAMC occurs most commonly in muscles that span two joints, e.g hamstring, calves and quadriceps. It’s thought that the large range of movement and number of overlapping muscle fibres make them more susceptible to cramp, which usually happens when the muscle is in it’s shortened position.

The cramp is an intense active contraction of muscle fibres. Studies have suggested that 18% or marathon runners and 70% of male cyclists during a 100 mile ride will suffer the condition. Despite it being very common the cause is still unknown.

Most people if asked what causes cramp will suggest that dehydration is the cause and drinking plenty of fluid and eating bananas will prevent the problem from occurring. Unfortunately it isn’t that simple!
Cramps can be related to dehydration and low sodium levels (hyponatraemia) from sweating but this isn’t always the cause. Musicians suffering cramp in their hands don’t tend to have sweated excessively before it occurred. Studies assessing the hydration status and electrolyte (salts) levels in athletes have also been unable to confirm a link between dehydration, abnormal salt levels and cramp. 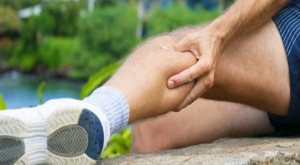 Another “salt” blamed to cause cramp is potassium. Potassium content of bananas is high which one reason people are encouraged to eat them during exercise. Indeed low potassium levels can cause cramping of skeletal muscles but the potassium levels need to be very low for cramp to occur. In fact such low levels are usually a result of medical problems such as kidney disorders or due to a side effect of medication, such situations may result in such a significant drop in potassium that other symptoms are likely to be present and exercise would therefore not be possible anyway to result in exercise induced cramp.

Low magnesium levels have been thought to cause cramp but there is currently a lack of strong evidence to confirm this link.
Cramp has been a reported side effect of statins (which lower cholesterol), blood pressure lowering medication and the oral contraceptive pill as well as alcohol. 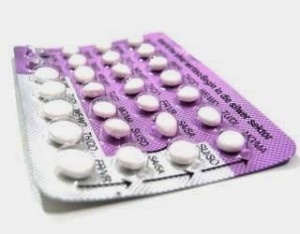 More recently a neuromuscular component causing cramp has been proposed. It is thought that when a muscle is fatigued, the normal muscle stimulatory and inhibitory impulses which occur in a healthy contracting muscle become disorganised and cramp ensues.
Another thought is that a lack of “fuel” for muscle contraction to occur normally may explain why cramp occurs. It is therefore important that glycogen stores (fuel) are kept at adequate levels by ensuring adequate calories are ingested prior to exercise.

How to treat “cramp” when it does occur

The fastest way to stop cramp when it has occurred is to stretch the muscle which is cramping and contracting its antagonist (opposite) muscle. For example, if cramp occurs in the hamstring, then stretching of the hamstring, by straightening the leg and contracting the quadriceps, is advised. If cramp occurs in the biceps then stretching of the biceps by straightening of the elbow and

contraction of the triceps muscle should be carried out. Stretching reduces the amount of muscle fibres overlapping and contraction of the “opposite” muscle, sends an inhibitory signal to the cramping muscle telling it to relax.

Stretching and contracting as described, should be continued for about 30-60 seconds after the cramp has eased to prevent it from recurring. It isn’t known if massage helps to prevent cramp but it may ease the amount of pain experienced and could help removal of chemicals from building up from muscle cells.

How to prevent cramp from occurring

As no one universal cause of EAMC is known, a preventative approach covering as many of the possible causes as possible is advised.

Hydration and Electrolytes-
It is certainly good practice to maintain hydration regardless or not if it reduces the risk of camp. “Plain” water alone may actually result in dilution of body salts and result in low sodium levels thus maintaining hydration with electrolyte containing drinks, as are widely available, would be advised. The volume of sweat as well as its salt concentration differs between individuals but techniques and tests are available through Sports Medicine NE for these levels to be measured and individualised hydration schedules to be planned. 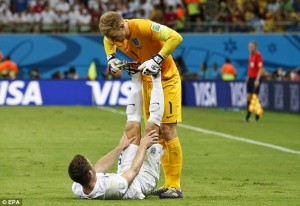 Training-
Endurance training to levels in which fatigue is experienced will allow the risk of fatigue to be minimised once muscles adapt, making cramp less likely to occur during competition. A form of training, which is thought to be of benefit is plyometric exercises also known as “jump training.” Here muscles are worked explosively with maximum forces being applied in very short periods of time. Such training is available under the supervision of sport scientists and physiotherapists at Sports Medicine NE http://www.sportsmedicinene.com/.

Diet-
A balanced diet is essential for optimal performance and to ensure there are no dietary inadequacies which may result in cramp due to sub-optimal glycogen stores as described above. Appropriate food intake can prevent low salt levels. A sports nutritionists, as available at Sports Medicine NE can be extremely useful in advising upon nutrition for professional and amateur athletes.
Medication-
During my time working in professional sport I have prescribed Quinine in tablet form or by advising the consumption of “tonic water” which contains quinine prior to activity. Little evidence exists for the use of quinine to prevent cramps but anecdotally it has been found to help. Any such medications should only be used after consultation with a sports medicine doctor or your own GP.
If the preventative suggestions above fail to prevent cramp from occurring then other more bizarre suggestions have been made to prevent or treat cramp such as eating mustard. However, last Saturday, I would have willingly started drinking pickle juice if would have taken my cramp away! 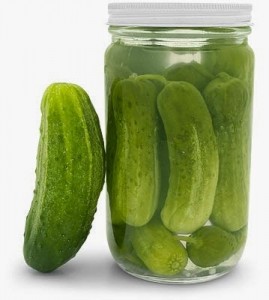